In 1963, John Wayne was the star of a Western comedy called McLintock! The film featured Maureen O’Hara opposite the legendary actor.

A member of the star-studded cast who often gets lost in the weeds was Jerry Van Dyke. He played Matt Douglas Jr. in the legendary movie. His character was the goofy guy trying to win over John Wayne’s daughter, Becky McLintock.

In 2013, Jerry Van Dyke sat down with Pop Dose to talk about his career in Hollywood. In particular, he shared his experiences working with John Wayne. He was asked about what it was like to work with the celebrated actor on McLintock.

“Well, it was fantastic,” Van Dyke remembered about working with John Wayne. “He just took to me. I remember I met with him at the Beverly Hills Hotel to meet with him about it, and he said that he would add stuff as we go along, and he did.”

Jerry Van Dyke continued to share what his experience with the actor was like. “I’d be sitting there, and he’d call me and just add a scene for me where there hadn’t been one in the script. We really hit it off. We were friends, and we went out drinking together and everything. He took to me, and to me, he was just a great guy.”
John Wayne Once Saved the Day on an Episode of “The Beverly Hillbillies”

Even though John Wayne is known more for his blockbuster movies, he made appearances on TV shows. During one episode of The Beverly Hillbillies, the Western actor came in to save the day.

‘The Duke” showed up to film an episode of the show only after he had handled a dispute. Afterward, Granny was mad at him for causing trouble.

As is the case with many of The Beverly Hillbillies episodes, it was a compounding of errors. Granny didn’t understand the inner workings of a land dispute and thought the Clampetts were going to be attacked. But her belief was misconstrued.

In a brief synopsis of the episode, it goes as follows:

“[Granny] misinterprets a phone call from Cousin Pearl and believes Indians have attacked in Bug Tussle and have taken over Clampett land. In reality, there is a simple boundary dispute. And when Chief Running Wolf and Little Fox travel to Beverly Hills to settle the dispute with Jed, Granny prepares for an all-out Indian war and Mr. Drysdale goes to war to protect the Clampett fortune.”

During the episode, she constantly looks to John Wayne for support. She firmly believed that the Western star would come to help, but he never did. Only after the conflict between characters had been resolved did the movie star show up to offer his assistance. 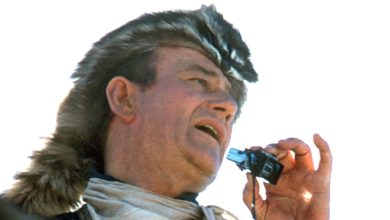 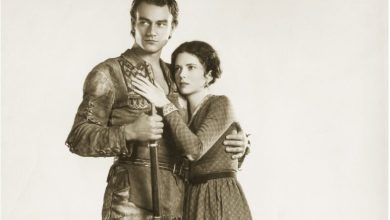 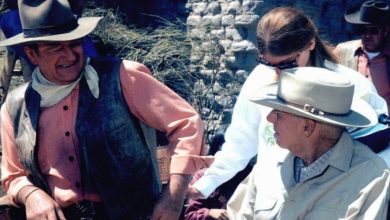