Movie star John Wayne is remembered for his monumental career with roles in legendary films, such as The Searchers. However, it wasn’t all about the movies themselves. He touched the lives of his co-stars, fans, and directors over the years thanks to his undeniable wit. Wayne earned the name “The Man with the Big Eagle” from the Navajos while filming The Searchers in return for an incredibly kind deed that he did during filming that touched their hearts.

The Searchers became one of the most notable collaborations between Wayne and his longtime mentor, John Ford. The movie star played Ethan Edwards, a Civil War soldier, who returns back to Texas after the war came to an end. However, Ethan is shocked to discover that a group of Comanches abducted and killed members of his brother’s family. He vows to find them and rescue the surviving members of the family.

Edwards hears that his niece, Debbie (Natalie Wood), continues to draw breath. Her adopted brother, Martin Pawley (Jeffrey Hunter), joins forces with Edwards to track her down and bring her home to safety. The mission becomes progressively more dangerous, as they remain outnumbered in Comanche territory.

There’s no denying that Wayne left a significant impact on the world of cinema with The Searchers. However, he also gave the Navajos a reason to remember him during the filming. According to the official John Wayne Twitter page, there was a medical emergency and the movie star stepped up to help out.

“While filming The Searchers, a Navajo child became seriously ill with pneumonia and needed urgent medical attention,” the tweet recalled. “John Wayne lent his plane and pilot to the little girl so she could get to the hospital. For his deed, the Navajos nicknamed him ‘The Man With The Big Eagle.’”

Wayne continues to be a divisive figure, often for representing traditional, conservative values. However, his longtime fans continue to hold him to the title of being a great American hero. Regardless of one’s opinion on him and his work, the Navajos themselves found it fitting to give him the name “The Man With the Big Eagle.”

‘The Searchers’ is one of his best roles

Wayne originally started his film career as a leading man with Raoul Walsh’s 1930 film The Big Trail. However, it was his collaborations with Ford that truly launched him into stardom. It all started with 1939’s Stagecoach, which was an ensemble feature that really allowed Wayne to shine, including one of the greatest close-ups in film history.

The pair continued to work together within and outside of the Western genre between She Wore a Yellow Ribbon, The Quiet Man, The Man Who Shot Liberty Valance, among others. However, Wayne delivered one of his best performances in The Searchers, which frequently earns a placement on many “best films of all time” lists. 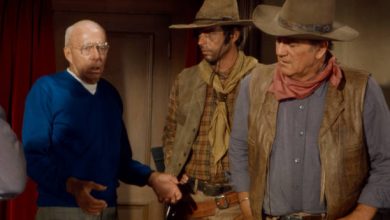 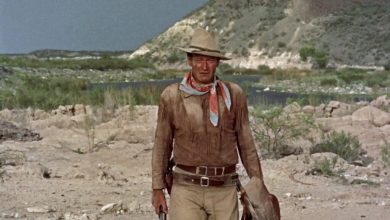 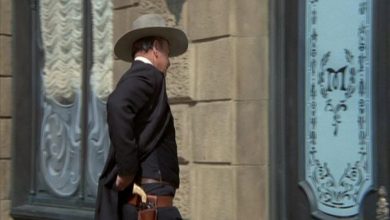 Wayne made his final public appearance that was incredibly heartfelt 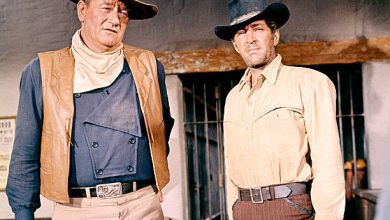