Actor James Arness initially had some difficulty breaking into acting before he landed Gunsmoke. However, it was a happy accident that he landed on the career path at all. After all, it started when the theater recruited him to give acting a chance. Arness initially enjoyed it, but he found working on Gunsmoke to be incredibly difficult. He compared it to what it was like for him to fight on the front line in World War II.

Arness was brought on to play U.S. Marshal Matt Dillon in Gunsmoke after CBS had already cast Amanda Blake as Miss Kitty. They had outstanding chemistry that radiated on-screen. The leading actor found Matt to be an incredibly rewarding role, even though it brought a lot of hardship along with it.

According to TV Radio Life, Arness said that he “can’t have any complaints about what Matt Dillon has done for me – or to me. He’s been nothing but good to me.” He added that he had to turn down some feature film roles for the demands of a television show. However, Arness acknowledged that without Gunsmoke, there wouldn’t be film roles for him to turn down in the first place.

The actor explained that the big problem with continuing to play Matt is finding ways to “keep him fresh and alive. You have to continue creating if you don’t want to stagnate.” In this sense, he called himself a “worrier” and a “perfectionist.”

Arness told TV Radio Life that these thoughts with Gunsmoke reminded him of his time when he served in World War II. He was drafted into the U.S. Army, where he got wounded in his right leg during the Battle of Anzio. The actor compared the life or death situation with working on the popular Western television series, especially as it applied to his habit of worrying.

“When I was in the war and at the front lines, though, I didn’t worry because there wasn’t any time for anything but trying to stay alive,” Arness said. “The same holds true when you’re working on the set – you have no time for thinking of anything but your job. But when I’m preparing a script, I get worried. And I think this is all right. Anybody who doesn’t worry must lead a sterile kind of life. It’s all a natural part of life – or so I believe.”

The “uncertain” aspect of the business is why Arness loved to star in Gunsmoke. He enjoyed not having to have a planned schedule of what the future held. Rather, he liked having the “element of chance” that allowed him to freely live his life. “In short, your life is not all figured out for you,” Arness summed up. 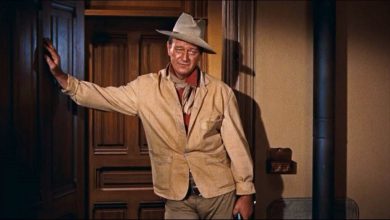 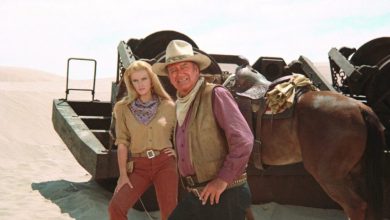 Meeting Wayne was a dream come true for Margret, she said 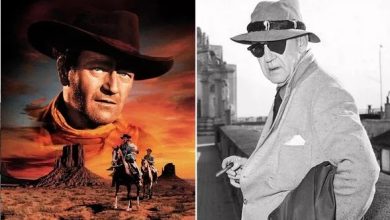 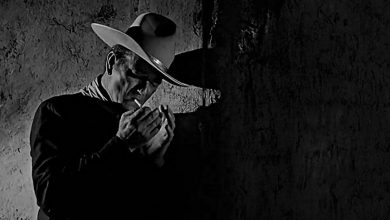