Clint Eastwood and the late John Wayne are strong pillars of Hollywood western movies, but, as it turns out, the reason that they never worked together is due to their contrasting beliefs. This despite the fact that there was one opportunity that surfaced that could have starred both of them. The Duke was not excited about the offer in the least.

An excerpt from John Wayne’s biography by Scott Eyman, John Wayne: The Life and Legend, confirmed that a movie script by Larry Cohen titled The Hostiles centered on a young gambler who got half of a ranch owned by an older gambler, which caught Eastwood’s attention. He accepted the script and decided to play the role of the gambler with the idea that Wayne would play the older gambler. However, the response Duke gave him was not exactly what Eastwood was expecting.
John Wayne’s response to Clint Eastwood

When Wayne was approached with the offer to take part in The Hostiles, he turned it down. In response, Eastwood did more work on the script before sending the revised version back to him. Again, the Duke rejected the offer outright and sent a letter to Eastwood that highlighted everything he disliked about his 1973 film, High Plains Drifter.

The Duke minced no words when he turned down the movie offer. According to Clint Eastwood, as noted in the book Ride, Boldly Ride: The Evolution of the American Western, “John Wayne once wrote me a letter saying he didn’t like High Plains Drifter. He said it wasn’t really about the people who pioneered the West. I realized that there’s two different generations, and he wouldn’t understand what I was doing. High Plains Drifter was meant to be a fable. It wasn’t meant to show the hours of pioneering drudgery. It wasn’t supposed to be anything about settling the West.”
The Hostiles was not the first time Eastwood would reach out to Wayne about a role in one of his movies. Earlier, he’d offered him a role in the film Dirty Harry, which the Duke rejected but later regretted his action, saying, “I made a mistake with that one.”

The contrasting beliefs of the two legends

The personality of John Wayne was that of a conservative who pushed back against anything that violated morality according to his own moral code. For instance, in bringing his ideals to the movie screen, he would never shoot an enemy in the back in any of his films or engage in anything that would bring dishonor to what he tagged as the legacies of his dear country.

In proving his ideals, he criticized the concluding part of the movie High Noon, stating that it was “the most un-American thing I’ve ever seen in my whole life.”

On the other hand, Clint Eastwood was in love with stories and characters with no clear morality, which helped him make movies without necessarily inputting any personal bias into the story and characterization.

The Hostiles was never made, but the two legends did have the opportunity to meet each other for the first time in 1976 while Wayne was making the movie The Shootist. The duo reportedly had a happy time, connected by the fact that they were both conservatives. 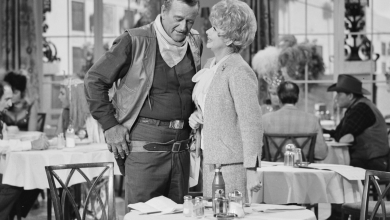 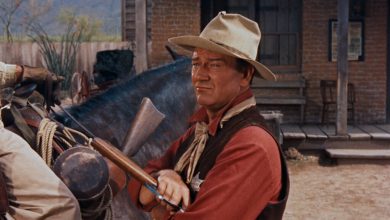 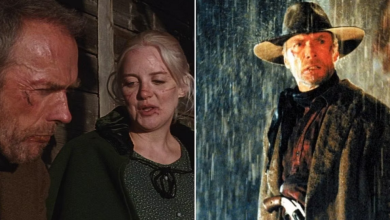 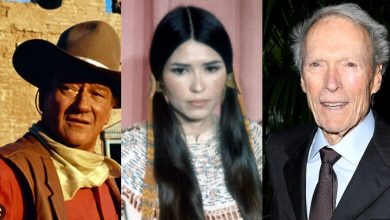